It is with great sadness that we learned that Fritz Noack passed away yesterday. Fritz founded Noack Organ Co. more than 60 years ago as a young German immigrant to the US. At its helm he became one of the leading figures of the organ revival movement that influenced the American organ building scene during the second half of the 20th century. The 160 instruments built under his direction can be found as close as the workshop’s town of Georgetown Massachusetts to as far away as Japan. Fritz retired from full time organ building at the age 80, but his heart was still very much in it. The Noack team is honored to carry on his legacy and passion for the craft.

The specification can be found on https://www.noackorgan.com/opus/162/

The Cathedral of Saint Paul in Birmingham, AL selects the Noack Organ Co, for the design and construction of its new pipe organ

We are thrilled to announce that the Noack Organ Co. has been chosen to build a new fifty eight-stop, three-manual tracker instrument for The Cathedral of Saint Paul in Birmingham, Alabama.

The Cathedral of Saint Paul is an elegant building designed in 1893 by the noted architect Adolphus Druiding who very successfully combined Neo-Gothic Victorian lines with eclectic detailing, leading to a sense of grandeur through the proportion of the sanctuary and its intricate decoration.

The Noack Opus #164 will be housed on the West end gallery in a new solid oak case which will clear the rose window. Delivery is expected in 2021.

The specification can be found here

We are thrilled to announce that the Noack Organ Co. has been chosen to build a new two-manual tracker instrument for Our Lady of Refuge in Orchard Lake, MI. The new instrument will be placed at the front left corner of the sanctuary. Delivery is expected in the fall of 2019.

The specification can be found here 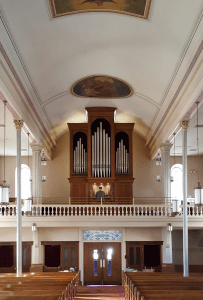 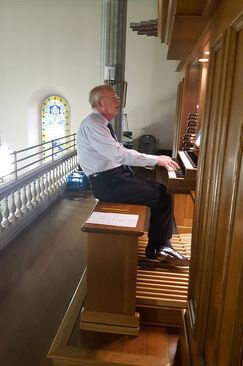 Philippe Lefebvre, organist at Notre-Dame Cathedral Paris, will give the dedication recital of our recent project in St Anthony Church in Davenport, IA.

The organ while modest in its number of ranks, punches above its weight thanks to the flexibility of its stoplist (including an either/or drawstop action) and a sympathetic acoustics. 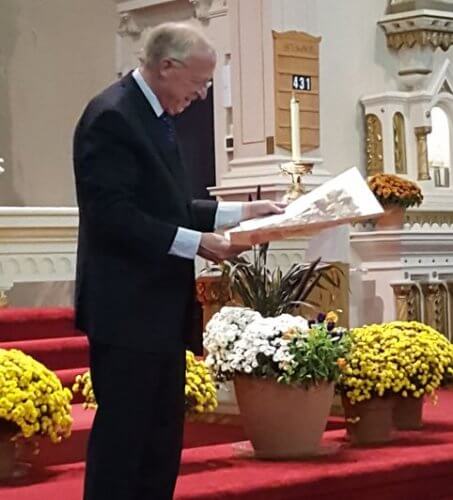 The tonal scheme and voicing showing more than a hint of French roots was done in collaboration with Bertrand Cattiaux one of the premier organbuilders in France.

The specification can be found on https://www.noackorgan.com/opus/160/ 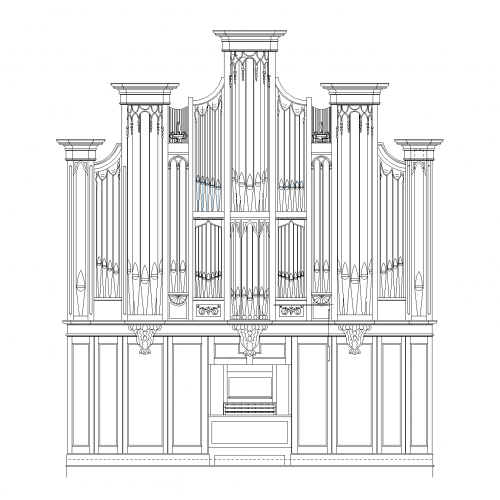 Come and see the new organ for St Paul’s Chapel (Trinity Parish) in NYC before it is shipped. This project married up the Noack Opus #111 originally built for the Church of The Redeemer in Chestnut Hill with the historical 1802 case from St Paul’s Chapel.

Door will be open between 1.30pm and 4pm All are welcome. 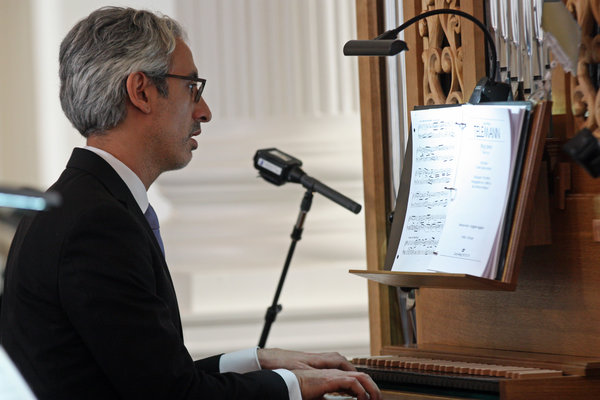 [The Chapel] awaits the installation of an instrument from the Church of the Redeemer in Chestnut Hill, Mass. — being renovated and cleaned by the Noack company of Georgetown, Mass. — in the fall. In the meantime, Noack has furnished a small practice instrument, which suits the smaller works from Bach’s “Clavierübung” very well, as Avi Stein demonstrated at the March 6 concert.

St. Anthony Church in Davenport chose the Noack Organ Co. to replace their failing 1940 unified organ. The new organ, placed in the west gallery, will have two manuals and fourteen stops. It will be housed in a new case designed to fit the classical style of the church. The instrument will be entirely mechanical with an either/or drawstop action. This system, which often seems puzzling at first sight, is in fact a clever way to achieve a great deal of flexibility from limited resources. The manual divisions will be enclosed (except the Open Diapason 8′).

We are pleased to announce our new organ project to be installed at the Trinitarian Congregational Church in Concord, MA. Opus #159 will be a tracker instrument of two manuals and twenty-five stops, located on the back balcony. The case will harmonize with the elegant building, which was designed in a classic New England style by the preeminent architect Harry Little.